I’m a little sad that Thor’s Day is not on Thorsday (Thursday) but since it is Wednesday — sharing day in our first grade — Aeris got away with bringing her helm and hammer to school. Thor remains her favourite superhero (for over a year now). 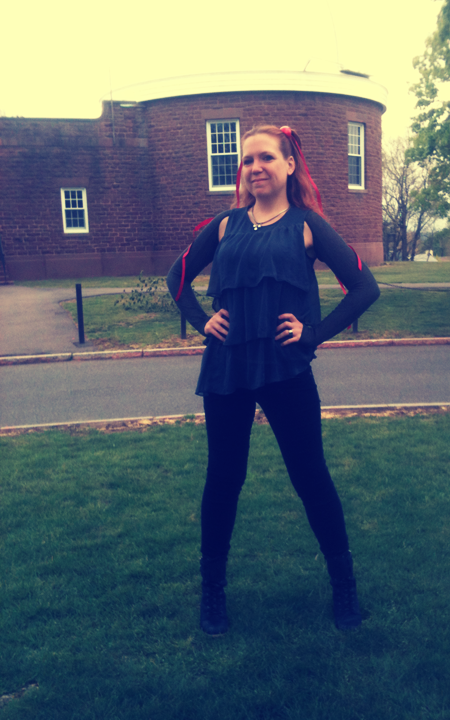 There is an observatory behind me, somewhat obscured by the gloomy New England May day, but I find it appropriate enough to point out. I didn’t really “get” Thor until I saw the film but it ended up my favourite of the post-Iron Man Marvel films. That movie is magical, like stars. 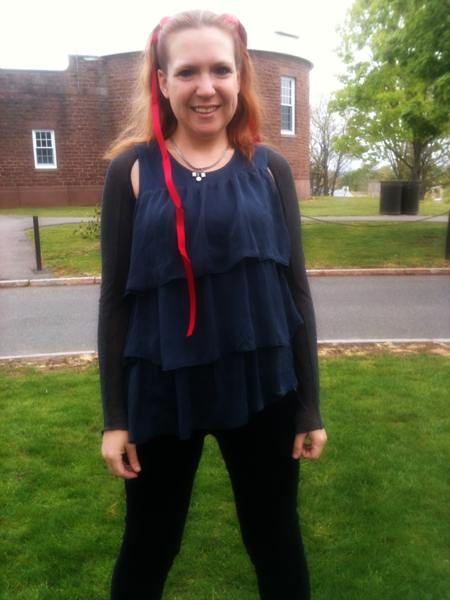 Last night I opened a picture of Chris Hemsworth in costume and worried how I might pull it off. Thor’s look is somehow both too subtle and too ostentatious to reference simply. But I broke it down to color blocks and silhouette and this ended up my favourite look so far.

The pants are black corduroy in a “skinny jean” cut (from Express). The top is Kische worn over a shrug I’ve had for at least 12 years. 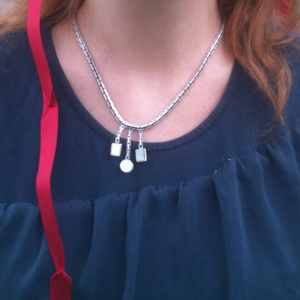 The necklace was a gift and probably a secondhand purchase. 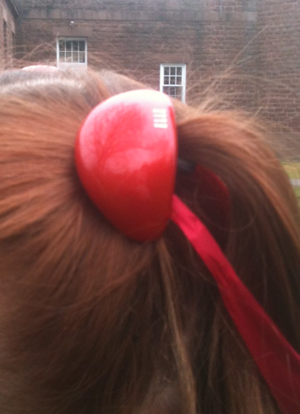 The hair dongles were made by Elle (the magazine). I found them in a dollar store and bought every one they had because they look like the Interface Headset Asuka Langley Soryu always wears (Asuka is a character I have over-identified with for many years). This is a hairstyle I like and wear often and I thought it was a clever way to bring in the cape with the dongles and added ribbons. I have a red cardigan I pulled out and tried on but this was more fun. 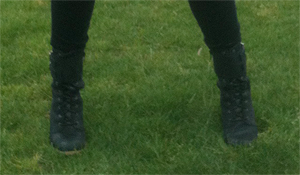 The boots are Chinese Laundry and I love them. 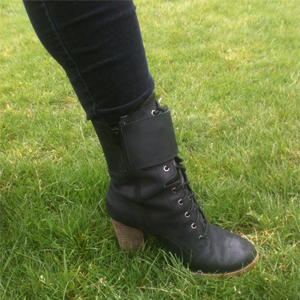 I’d pose with Mjölnir but, as I mentioned, Aeris took it to school.