← Superheroine of the Night: Nina Dobrev
Ready-to-Wear Superhero Look Book — who do you hope to see? →

Better known as introduction to RASPBERRY TOWN. Which is easily the best and most reasonable answer to “Give me a word to describe this frozen yogurt so I can make a dress inspired by your word” (which is probably not the least reasonable challenge inception in Project Runway‘s history but nothing more absurd (yet awesome!!) is coming to mind right this moment). Even more awesome “Raspberry Town” was provided by a guy who resembled Thor just enough for me to imagine an amazing Avengers at Coney Island scenario. And that’s not all! Thor answered Raspberry Town to self-described faux Sorority girls Kate and Helen:

And it won. It was very clever of Team Katlen to use those sombreros and the result is nifty and chic and raspberry. Just two things.

Does this picture not describe Team Katlen + their dress SO WELL?

CUTEST CUTEST CUTEST. This walked down the runway and my entire living room said GIMMEE. I love every single thing about this look. She is the perfect second lead who steals the spotlight from Katlen in the serial of crazy characters based on crazy fashion created by crazy people completing a crazy challenge that involves both random descriptions of fro-yo and carnival prizes because THIS SHOW IS CRAZY.

Anyway, here are the rest of the inhabitants of Raspberry Town.

Queen Oceania. She is proud but sad, she fears her oceans will never be cleansed of humanity’s refuse. Her queendom is spread across the Earth, she has little time or attention to give the tiny villa that sprung up in an abandoned amusement park, now known as Raspberry Town. [This dress is trying to be art but achieving People Who Look Like Objects. That said IMAGINE it on the pages of Raspberry Town the graphic novel. GORGEOUS.] 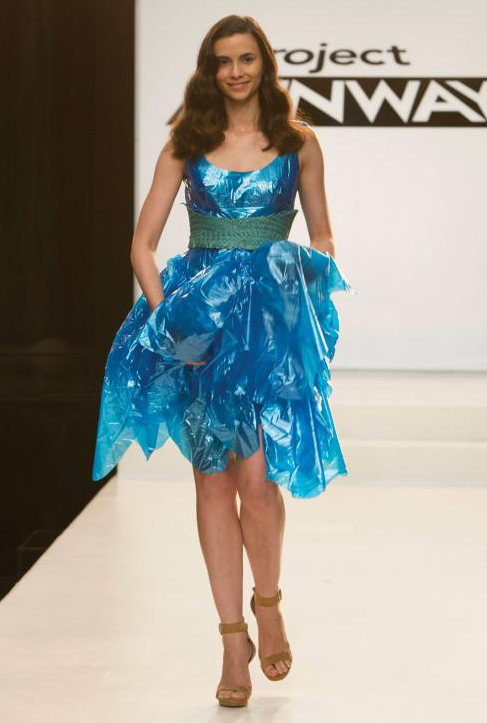 So she leaves one of her cousins, a water sprite, in charge of communication between the Town and the Ocean. Little does she realize the cousin is plotting to take over! [There is nothing much nice to be said about this look but the model’s play reads villain to me!]

Queen Oceania’s lost daughter, found on the shore of Raspberry Town. Her appearance begins the story. [OMG THIS DRESS. My livetweet was “AHAHAHAHAHAHAHA”. It’s. So. Awful. And I (obviously!) love “costumey” looks but this is not “costumey” this is “only being considered a costume for a lost princess in an independent comic book about the demise of the ocean and the tiny villa that sprung up in an abandoned amusement park, now known as Raspberry Town, populated by a ragtag cast of characters determined to make a difference and teach you how to too, who are trying to save her (the princess) and it (the ocean) saves this look and then JUST BARELY”.] 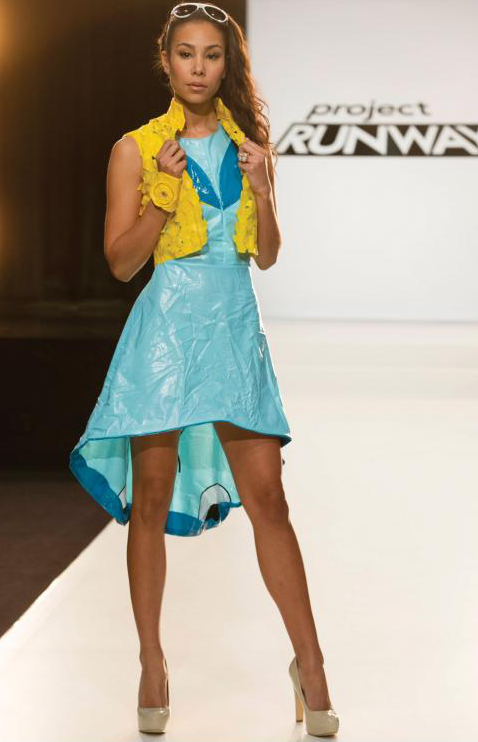 This is the young human girl who finds the ocean princess. [This is just sad. The vest on something else might be cute? If the dress was ironed and fit maybe something is there? It’s not even close to as awful as that awful thing before but there is just nothing to it. I think both designers should have gone home and Miranda over Timothy simply because she didn’t even TRY and the nothing of this dress is basically her fault. It’s simple to draw so it’s great for my comic. Oh well, at least Timothy got to keep his unicorn.] 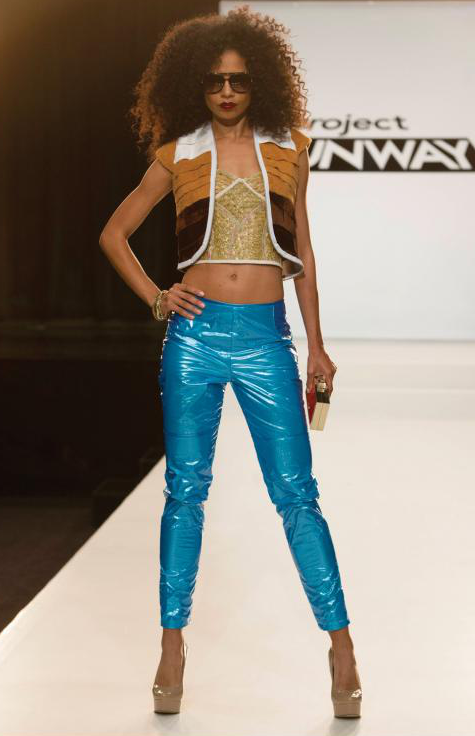 And this is Katlen’s best friend/love interest. [The seaside version of Misty Knight, amirite?]