Basically everyone decided the Catching Fire Red Carpet Premiere called for #heroinechic. Which is wholly appropriate to the subject matter if you think about it (just don’t think about it TOO much or you realize we are not playing the part of the resistance…).

There are a lot of pictures so let’s jump right in with, appropriately, Katniss aka Jennifer Lawrence: 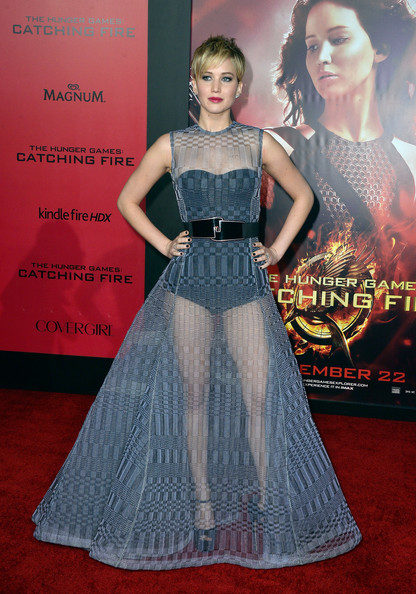 END_OF_DOCUMENT_TOKEN_TO_BE_REPLACED

Superheroine of the Night: Elizabeth Banks

I picked her right away. MTV’s red carpet pre-show was a Punk’d mishmash MESS and the live-stream didn’t like my Mac so I spent the hour running up to the show browsing Getty Images while Game of Thrones played in the background (I watched these awards last night instead of the finale — don’t spoil me!) and when I came across Elizabeth:

I knew I’d found the look to beat.

END_OF_DOCUMENT_TOKEN_TO_BE_REPLACED

My Little Pony At the (Met) Gala!

The Met Ball is the most fun night for fashion every year. Or as the ponies would say: BEST. NIGHT. EVER. Unlike other red carpet events, the Met Ball is about fashion. Fashion takes center stage, legitimately, and so we get:

Coco Rocha as a humanized My Little Pony. Humanizing the ponies in art and cosplay is a huge part of the Pony and Brony fandom (my family is planning it for an upcoming convention ourselves). But I never expected to see it so CLEARLY on the red carpet. Basically, Coco is my fashion hero FOREVER for this.

Although she’s in Fluttershy’s colors, she’s rocking Pinkie Pie’s attitude: this is MY party. But don’t worry, I found the other ponies.

END_OF_DOCUMENT_TOKEN_TO_BE_REPLACED

Pink and grey is a colour scheme not often found on superheroines. It doesn’t POP from the page and it’s kind of the colour of wallpaper in a sitting room (pretty but bland). But Elizabeth Banks makes an absolute statement with her pink and grey:

She is seriously ready to take flight. Here’s the dress from the front:

END_OF_DOCUMENT_TOKEN_TO_BE_REPLACED

Dear Suzanne Engo. I get that you love them but Converse are not appropriate footwear when wearing a gown. Even if your gown is a Smurf-blue ripped up mess that hugs your body in all the wrong places. This is BAD. Signed, All of Us.

END_OF_DOCUMENT_TOKEN_TO_BE_REPLACED

I think it might be physically impossible for Carey Mulligan to not be cute. But she could wear this Miu Miu out shopping and it wouldn’t cause a stir. I mean the pockets are especially adorable but Carey. No.

END_OF_DOCUMENT_TOKEN_TO_BE_REPLACED

Helen Mirren and Christopher Plummer. Perfection. Both of them. They look like royalty, let’s crown them, the end.